We were greatly honoured to have Ms Deborah YU, our District 89 Youth Leadership Program Advisor being our Chief Judge in the Contest and to have Mr Sean LIN, a Distinguished Toastmaster and the District 89 Director, being our judge. The other eight judges were Ms Angie PALMER, Ms Anisa TAN, Mr Bharat NANGIA, Mr Frederick POON, Ms Joanne KO, Mr Paul KAM, Mr Pong LEUNG, and Mr Raymond LEUNG.

Our principal Mr Jaxon WANG thanked all judges for their adjudication and most valuable written comments given to all contestants. Our TYLP, in its second year of establishment, was greatly encouraged by the 60 attendees at the Inter-School Speech Contest composed of teachers, parents and students from participating schools as well as our students, English teachers and TYLP members. Attending our Contest were also representatives from our Alumni Association who had given valuable contributions in the DEMO meeting in January 2022.

The Inter-School Speech Contest is the culmination of our eight online TYLP meetings from February to May 2022. There were 48 members comprising 12 primary 6 students, 22 junior students (Forms 1 to 3) and 14 senior students (Forms 4 to 5) from three primary schools and three secondary schools, ours included. As a learning community, students volunteered for different roles such as MC, speakers of prepared or impromptu speeches, evaluators, secretaries of evaluators and facilitators (timer and ah-counter). Adding to the excitement in each meeting was the Voting for the Best Speakers by all members. Most inspiring were also the workshops given by different Toastmasters International members and their General Evaluation. Our deepest gratitude goes to Mr Bharat NANGIA, Mr Charles LAW, Mr Chih Au, Ms Frida ZHOU, Ms Joy PAMNANI, Ms Kiki CHOW, Mr Raymond CHUNG and Mr Sean LIN for devoting their Friday evenings to have online meetings with us. Special thanks go also to our TYLP alumna and the Program founder Ms Yammy CHEUNG, our retired former Vice Principal Mrs Anne TAM and two current teachers Ms LAM Kit Shan and Ms Carrie WAN serving as Workshop speakers and Language Masters in the meetings. 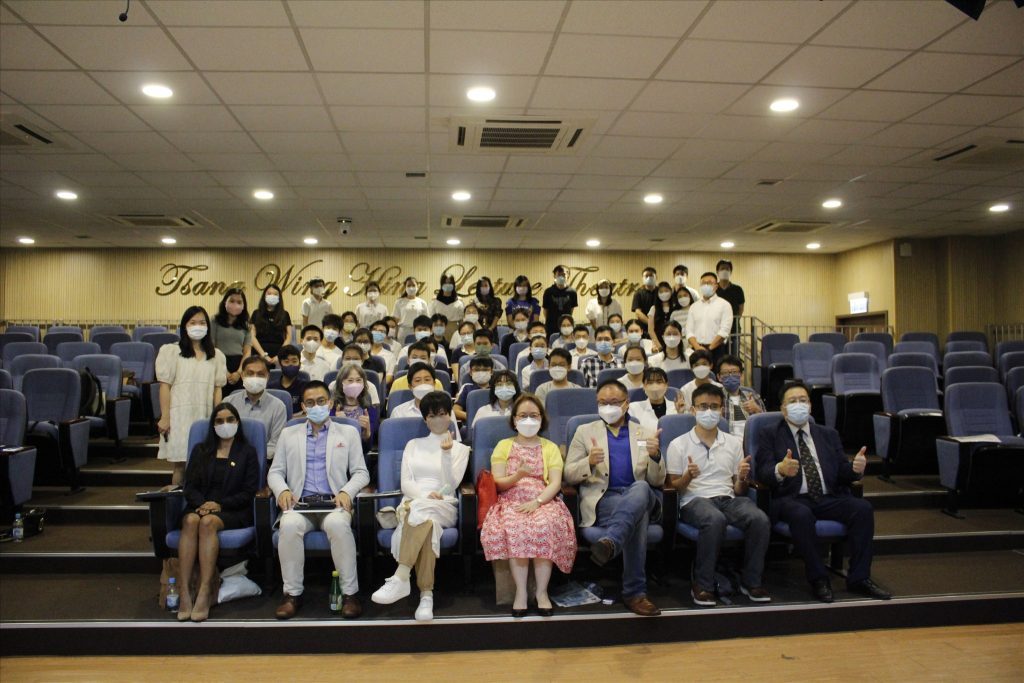 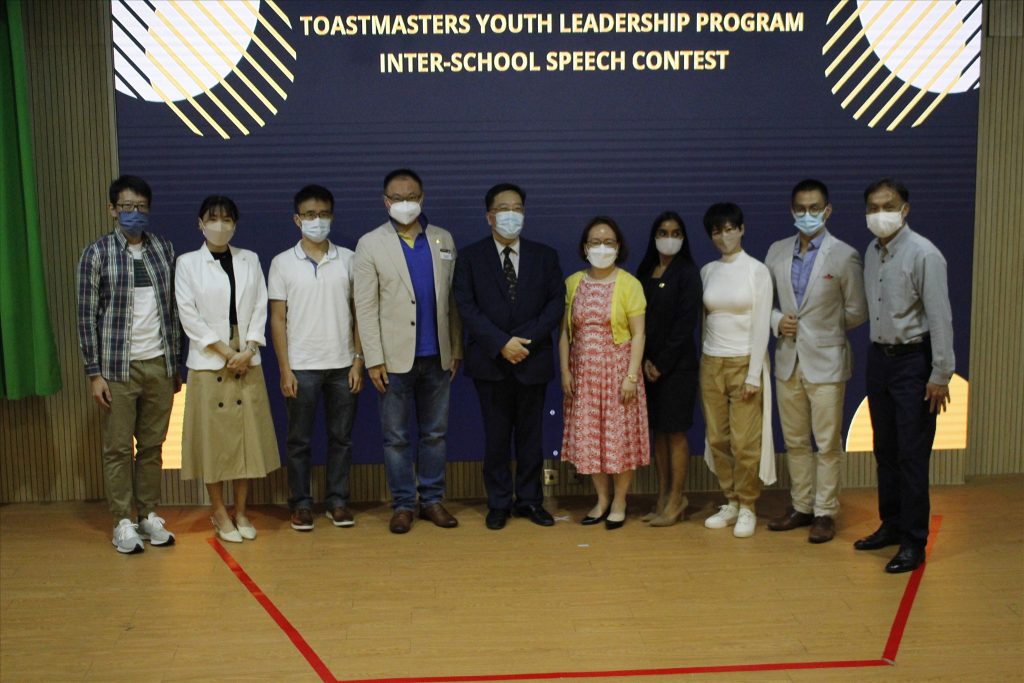 Our principal Mr WANG and 10 judges 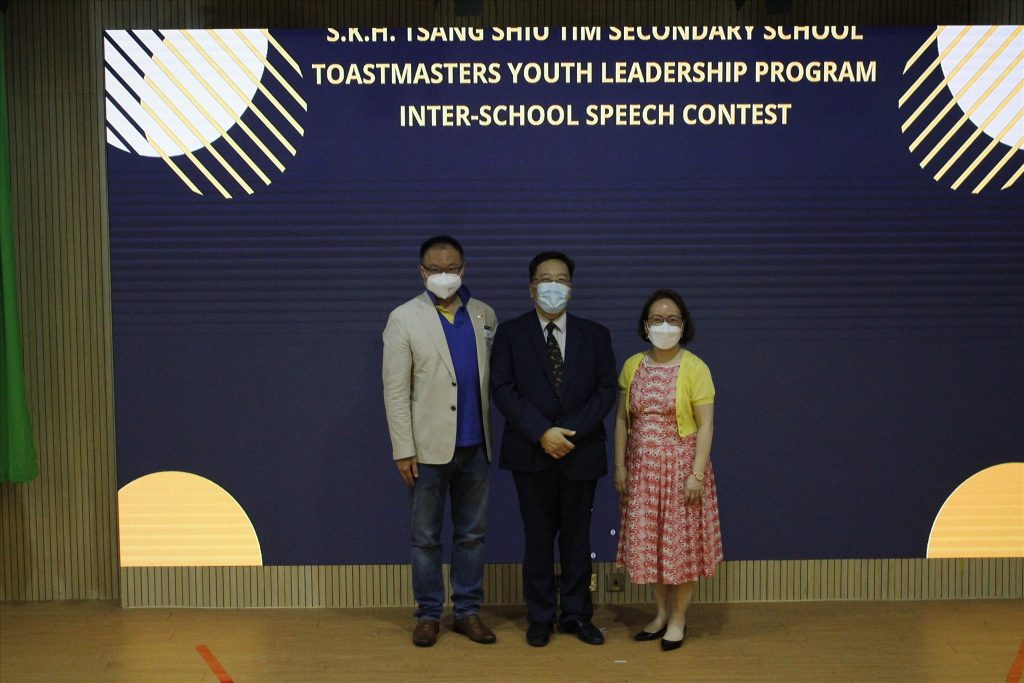 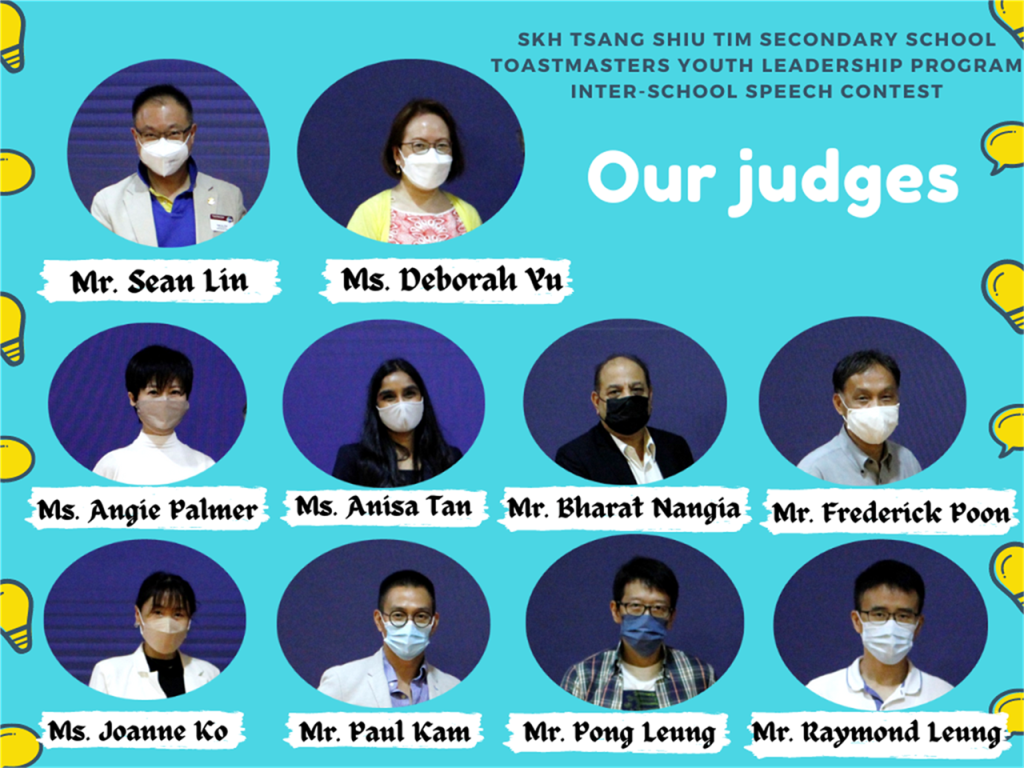 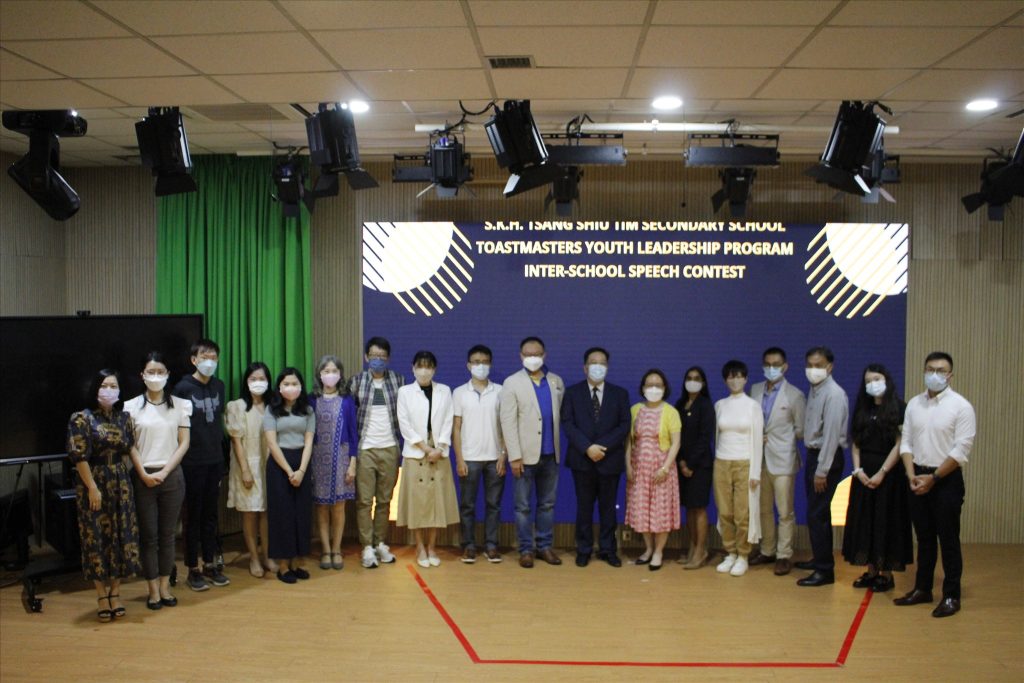 Principal WANG, judges, TST staff and teachers from other schools 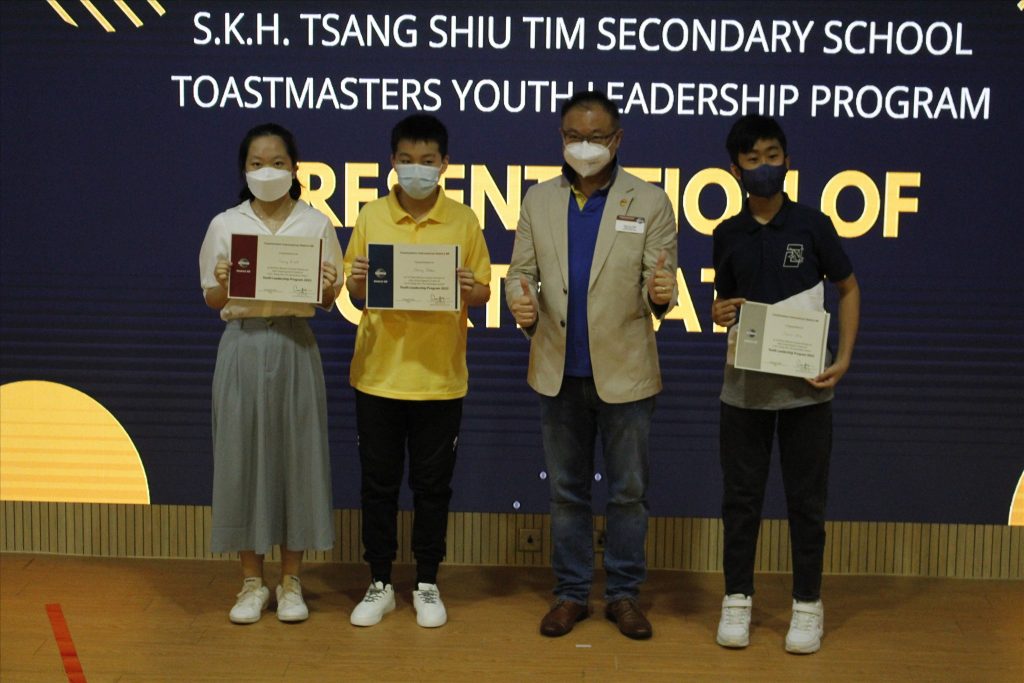 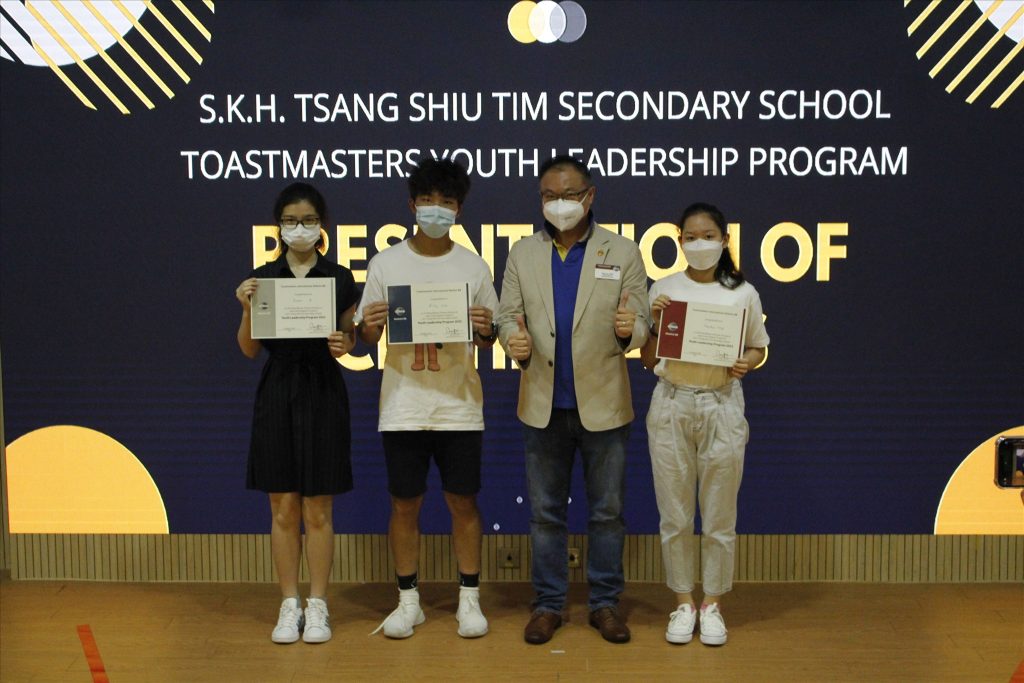 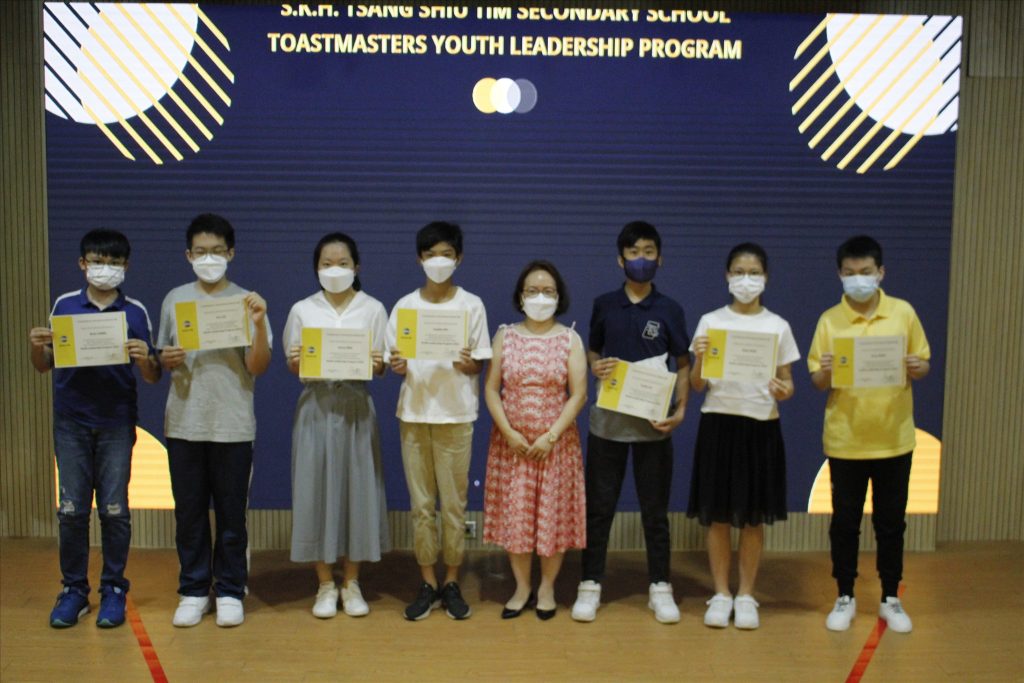 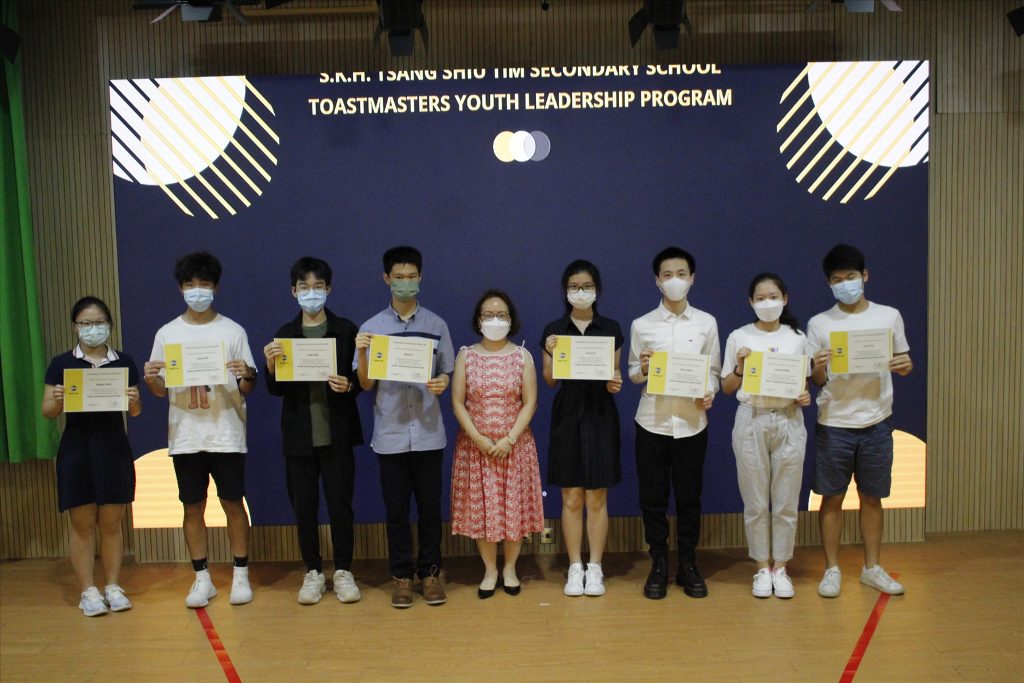 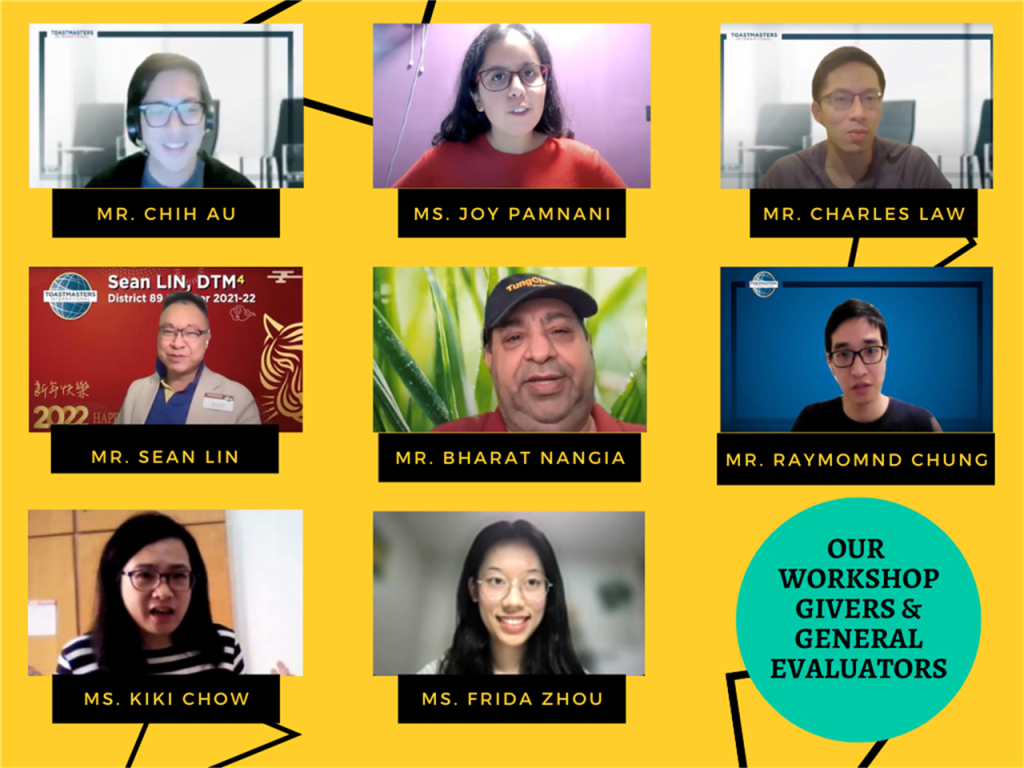